The South Dakota St. Jackrabbits suffered a tough loss in the first round of the 2012 NCAA Tournament, starting off strong before eventually falling to the Baylor Bears. St. Cloud, Minn., native Nate Wolters did everything one could hope as he scored a game-high 19 points to go with four assists and four rebounds, but it unfortunately just wasn't enough.

There probably quite a few long faces in South Dakota considering the Jackrabbits were the state's first team to ever make it to March Madness, but the people most disappointed in the loss were found by our friends over at Guyism.com.

Intrigued? Check out the photo below. 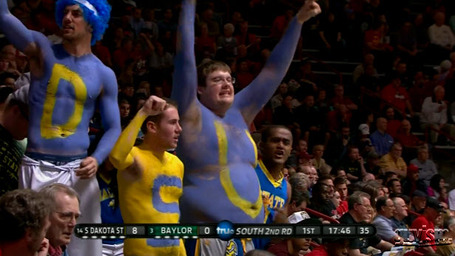