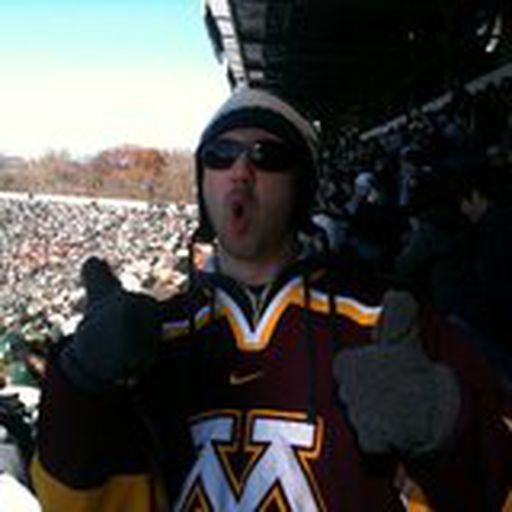 A fan of hockey from mites to the NHL, Nathan learned heartbreak at the age of six when Norm Green took his Minnesota North Stars to Dallas. Since then the heartbreaking losses have continued between Vikings, Twins, Wild and Timberwolves but he fails to give up the hope of another Twin Cities pro championship. Presently Nathan covers the University of Minnesota hockey team for Western College Hockey and College Hockey News. In addition, he has attended Frozen Fours and is a NCAA Hockey correspondent for SB Nation.com

Colorado College comes from 3 down to tie Gophers

Both University of Minnesota freshmen defensemen Mike Reilly and Brady Skjei were among the 27 players selected for the December 16-18 camp. Meanwhile, a third Gopher, sophomore forward Travis Boyd, was left off the list.

Mark Alt out of Saturday's lineup

Line combinations for Saturday's Minnesota-UNO game. The Gophers are making some changes after last night's 3-2 loss to UNO. Defenseman Mark Alt is out of the lineup while Jake Parenteau gets a chance to play on the blue line.

Line combinations for Friday's series opener between Minnesota and Nebraska-Omaha. Gophers sophomore forward Sam Warning returns to the lineup for the first time in 9 games.

With Minnesota facing Nebraska-Omaha this weekend, we get a view from the other side with USCHO/Radio Free Omaha writer Matthew Semisch. He discusses UNO's hot streak, their goalie situation and much, more

Minnesota and Nebraska-Omaha share a lot in common as they face off this weekend at Mariucci Arena. SB Nation Minnesota previews this weekend's series between the two teams, which are each on six-game unbeaten streaks.

Minnesota and Nebraska-Omaha face off in WCHA play

Minnesota and Nebraska-Omaha share a lot in common as they face off this weekend at Mariucci Arena. SB Nation Minnesota previews this weekend's series between the two teams, which are each on six-game unbeaten streaks.

Goals by A.J. Michaelson and Tom Serratore were enough for Minnesota Saturday as they survived a treacherous Vermont team in the third period before Nate Condon scored an empty-netter to win 3-1. The Gophers next play Nebraska-Omaha this weekend.

Gophers make one change as they go for sweep

Line combinations for Saturday's Minnesota-Vermont game, which begins at 6 p.m. CT on Fox Sports North/NESN. The Gophers make one change as Justin Holl comes in for Jared Larson while Vermont take out defenseman Michael Paliotta.

Reilly gets first goal as a Gopher in 5-1 win

Mike Reilly scored his first career collegiate goal as five different players scored for the Gophers in their 5-1 win over Vermont Friday. Minnesota used a three-goal 2nd period to break away from the Catamounts at Gutterson Fieldhouse.