Share All sharing options for: PHOTO: Minnesota Football Uniforms New for Next Season

The Minnesota Golden Gophers are a bit of a throwback team, like the majority of the Big Ten, so it isn't likely that man people were expecting worlds of change when the team announced its new jerseys on Friday afternoon. Those in attendance, then, likely weren't surprised when the new football uniforms include only subtle changes.

Photos are available below. 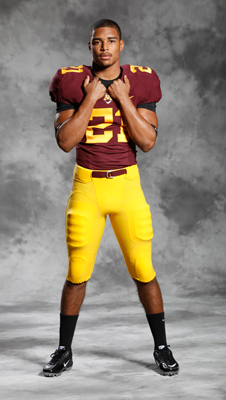 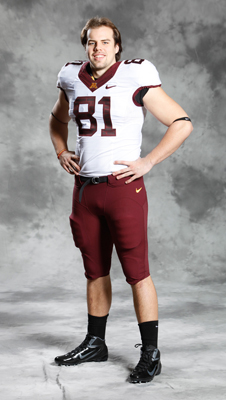 Four other combinations are included on the school's website along with a video. For those that don't pay too close of attention to the team's uniforms, a press release noted the following changes:

The Minnesota name on the front of the jersey has been replaced by the Block M. The maroon and white jerseys feature each player's name on the back, while the gold tops simply say "Minnesota" on the back, serving as another reminder that Gopher football is Minnesota's team. Piping is gone from the pants, while a Block M on the hip has been added.

For more on the Minnesota Golden Gophers, check out The Daily Gopher. You can also head over to SB Nation's main NCAA Football hub at SBNation.com/NCAA-Football.