Ricky Rubio Has A World Record

Share All sharing options for: Ricky Rubio Has A World Record

Have you ever tried making shots from behind the backboard in a game of HORSE? Think you're pretty good at it? Welp, you're probably not as good at it as Minnesota Timberwolves rookie Ricky Rubio.

Rubio broke a Guinness World Record for shots made from behind backboard in 60 seconds with 18, including 15 in a row at one point, according to the fine folk at Timberwolves PR. It doesn't sound true, but he has the photographic evidence to prove it. 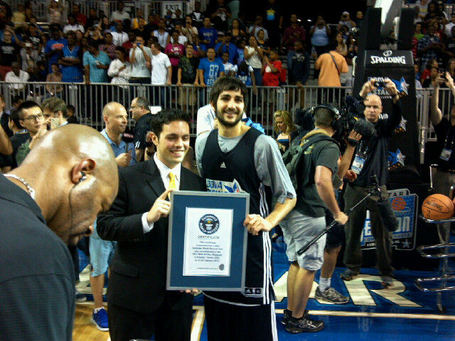