Did Francisco Liriano Get Help From A Blown Call In His No-Hit Bid?

Share All sharing options for: Did Francisco Liriano Get Help From A Blown Call In His No-Hit Bid?

Francisco Liriano didn't allow a hit to the Chicago White Sox last night, but he certainly allowed some people on base. Liriano needed a double play to get out of the eighth inning, but replays have shown that they might have only actually recorded one of those outs, according to SB Nation. 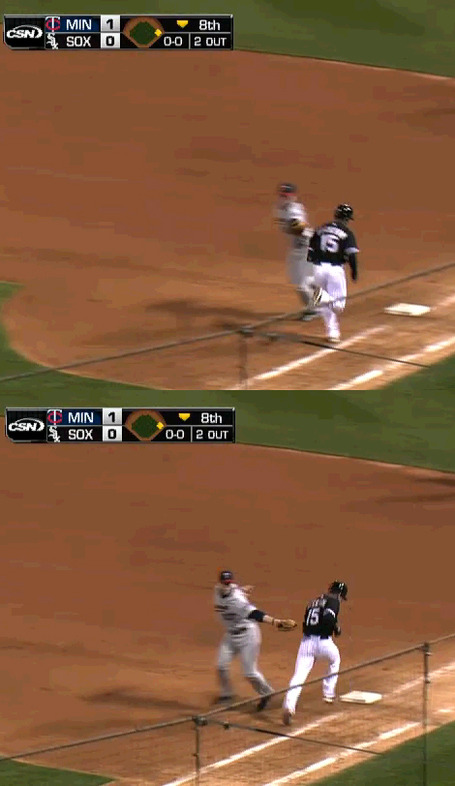 As you can see, Justin Morneau's tag misses Gordon Beckham on his way to first base. Technically he was safe, and the inning should have continued. Now the really interesting thing about this is that since there was a man on first base who was tagged out at second, this would have counted as a fielder's choice, and not an actual hit, so the no-hitter would have still been in tact. But who knows what would have happened in that next at-bat.

Don't let this sully Liriano's accomplishment on Tuesday. Baseball score-keepers don't keep erasers on the end of their pencils, so this will still go down as a no-hitter, and it will always be remembered that way. But in this inning, on this particular play, Liriano might have gotten a little bit of help from the boys in blue.